Vanda tessellata is the type species of the genus Vanda and is found in Burma, India and Sri Lanka. It is a medium sized vanda and a robust grower requiring very little care. Under greenhouse culture it blooms several times over the year with a peak towards the end of the year. 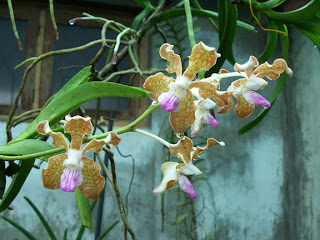 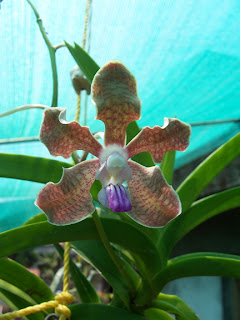 The flowers are about 5.5 centimetres across and have a very delightful cinnamon like fragrance during the daytime more so when the sun strikes the plants. The usual colour of the flower is brown/tan/gray with tessellations and a pink/blue lip. The inflorescence on an average bears about 8 flowers. 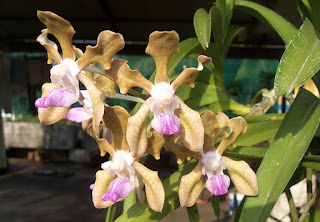 Vanda tessellata has been used extensively in hybridization, with Vanda Mimi Palmer a very striking lookalike being one of the most famous. A lot of plants stating to be line bred Vanda tessellata have begun to appear on the markets. Vanda tessellata can be distinguished by it's fish bone pattern of leaf arrangement and the side lobes on the lip have a very characteristic pointed curve which is not seen even in its hybrids. 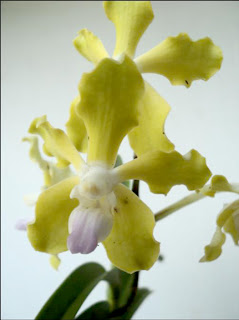